We use cookies and other tracking technologies to improve your browsing experience on our website, to show you personalized content, to analyze our website traffic, and to understand where our visitors are coming from. 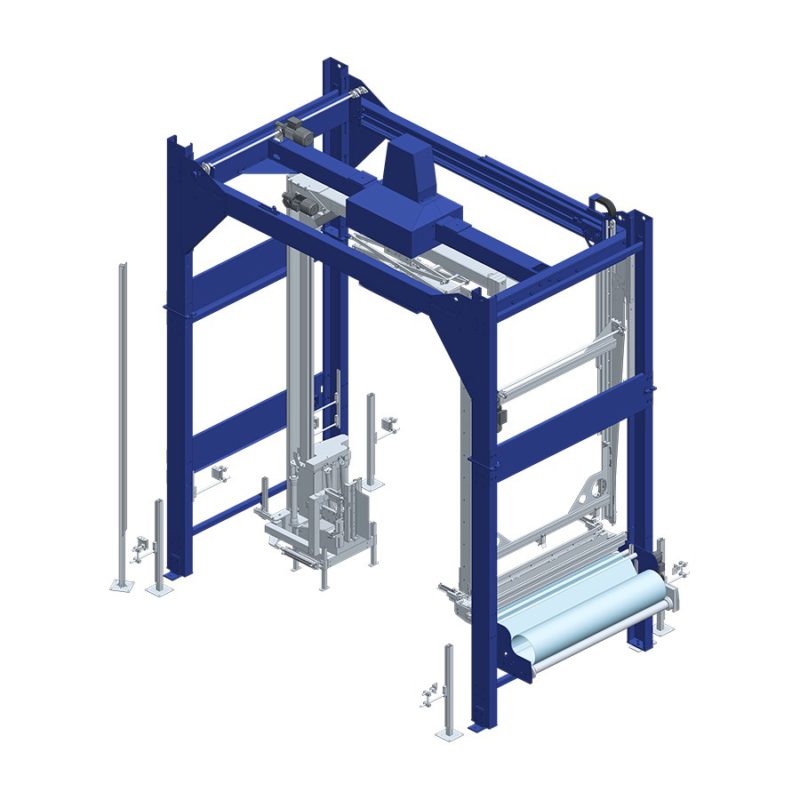 The variable arm rotation and film-carrier traverse speeds allow the amount of film overlap on the pack to be adjusted to suit the wrapping needs. The film-carrier incorporates a powered film pre-stretching unit.

The powered pre-stretching assembly on which the film reel is mounted stretches the film before is applied to the pallet which takes advantages of the high elongation qualities of some stretch films. this system reduces the pressure on the edges of the light or delicate packs and considerably reduces film consumption. A sensing system detects the stretching ability of the film and automatically controls the amount of stretch being applied in accordance with the rectangular shape of the pallet load.

At the end of the wrapping cycle, the film is cut mechanically with a blade and the film end is held in a gripper ready for the start of the next cycle. a brush assembly presses the loose film end against the pallet and a hot pad unit moves forward to fix the film end to the wrapped pallet by welding. On irregular packs a modified retractable arm carries the welding pad to the pallet and the welding is done against a metal backing plate in cases where the film is not in direct contact with the pallet load surface.

Our team is standing by to help you.